Wheeling Invitational, brought to you locally by Oglebay

Tickets for the PBR Wheeling Invitational, brought to you locally by Oglebay, on sale Thursday, December 23 at 10:00 a.m. EST

For two nights only, some of the best bull riders in the world will battle the sport’s rankest bovine athletes in the ultimate showdown of man vs. beast in one of the most exciting live sporting events to witness.

As action got underway in the Mountain State, Beaty was one of six riders to register a qualified ride, covering Zacchaeus (Jenkins Cattle Co.) for 85 points.

On Championship Saturday, Beaty surged to the top of the event leaderboard after tying for the Round 2 victory compliments of his 87-point effort aboard How Bout It (UTC/Sellers Bucking Bulls).

While the Virginia native was unable to conclude the event making the 8-second whistle, dispatched by Cutthroat (Cornwell Bucking Bulls) in 2.34 seconds in the championship round, Beaty’s initial scores were enough to clinch the golden finish.

The PBR’s return to Wheeling will come on the spurs of one of the fiercest races for the Pendleton Whisky Velocity Tour in league history.

While Michael Lane (Tazewell, Virginia) held the No. 1 position in the standings for the majority of the season, he was surpassed during the last out of the year as Adriano Salgado (Batatais, Brazil) used a runner-up finish at the Pendleton Whisky Velocity Tour Finals to surge to the top ranking in the standings. The Brazilian newcomer Salgado finished a slim 26.5 points ahead of No. 2 Lane, who was unable to compete at the year-end event due to injury.

Forty-five bull riders will get on one bull in Round 1. Round 2 on Saturday evening will feature the Top 30 riders from Round 1, the riders’ individual two-round scores will then be totaled with the Top 15 advancing to the championship round for one more out and a chance at the event title.

PBR Elite Seats are available for $175 for avid fans who want an exclusive VIP experience while enjoying the world’s top bull riding circuit. These tickets offer the best seats in the venue, a question-and-answer presentation with some of the top bull riders and stock contractors in the world, $10 concession voucher, souvenir credential and lanyard, and post-event photo opportunity from the dirt.

For an enhanced PBR experience, fans can purchase add-on PBR Premium Experiences which will include the Elite Experience on both Friday, March 18, and Saturday, March 19.

The Elite Experience, available for $50, will include a Q&A session with a select group of the league’s top riders, bullfighters and stock contractors, photo opportunity, and commemorative credential and lanyard.

The PBR’s Pendleton Whisky Velocity Tour (PWVT) began in 2014 as the premier expansion tour for the PBR. The Velocity Tour, the sport’s fastest-growing tour, brings the excitement and top-levels of cowboy and bovine talent that fans have come to expect from the sport to cities across the United States. The PWVT is proudly supported by Pendleton Whisky, the United States Border Patrol, Boot Barn, Cody James Boots, Tractor Supply, Nexgrill, Cooper Tires, USCCA, Union Home Mortgage, TicketSmarter, Kubota, TAAT and the South Point Hotel and Casino. Every Velocity Tour event is carried on PBR RIDEPASS on Pluto TV, Channel 720. 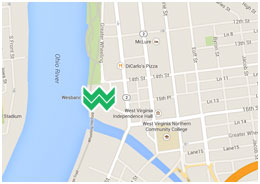